Chanakyapuri was the first major extension of New Delhi beyond lutyens delhi. The central power work department (CPWD) developed a large area of land acquired from ancient gurjar village that was located there to create this diplomatic enclave in the 1950s. Subsequently, this land was allotted to embassies, chanceries, high commissions and ambassador residences. The enclave is built around a wide central vista, known as shanti path with wide green areas. A large landscaped park, spread over an area of 80 acres, famously known as nehru park , was developed in 1969 for the families of the diplomatic personnel. The ancient Bhairon Temple of relocated gurjar Baisoya village (in 1920s) Alipur stands by the park. In time, two markets, two colleges and schools run by diplomatic missions (including The British School and The American School) were established in the neighbourhood.

Chanakyapuri, meaning city of chamakya is named after Chanakya, a third century BC Mauryan advisor and prime minister. Today Chanakyapuri is the diplomatic district of New Delhi, situated amidst a lush green expanse. It is characterized by wide avenues, landscaped round about, eclectic architecture, diplomatic missions, government housing, international schools and some of Delhi’s finest and oldest 5 star hotels. The diplomatic enclave is the residential districts within Chanakyapuri, a favourite residential option for diplomats, bureaucrats and affluent Indians. The area enjoys the best civic amenities in the city. The majority of the houses and apartments are around Malcha Marg and Rajdoot Marg which divide the crescents around which the plots are located. Thus every property looks into a park or a green belt. The plots vary from 375 Sqyds to 2000 Sq.yds and offer residential apartment in the range of 1600 Sq.ft to 4500 Sq.ft. 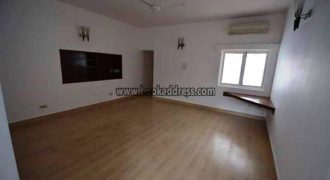